I have been wanting to write a review on scar treatments for the longest time. For any of you guys out there living with a surgical scar, I'm with you! I've been carrying a very bad scar left behind by an incompetent surgeon whom will remain nameless for this post. My sutures were ripped opened during the healing process and the doctor neglected to look under my gauze so I ended up with a very deep scar that I thought was never going to heal.

My dermatologist prescribed me something called Biafine that closed my wound within a day, since then, I've been on a quest to find the best scar treatment on the market to fix the look of my scar. It's been about 3.5 years and the scar is here, but I've tried many products on the market that I would love to share with my readers.

Mederma is the number one recommended scar treatment by doctors, but for some reason, it didn't do anything for my scar. I think it's nice for non surgical scars like a cut or something, but not for deep scars. My dermatologist still recommends it, so who knows. 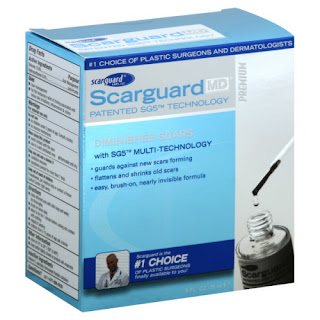 The second thing I tried was Scarguard. It's like nail polish for scars. You brush it on your scar, wait for it to dry, then you peel it off at the end of the day. The description from their website is- Developed by a plastic surgeon, Scarguard MD’s® specially-designed technology combines multiple medically-proven treatments into one easy-to-use solution that has been clinically proven to help shrink and flatten scar tissue if it is raised or thickened. If used on newly forming scars, an ounce of prevention is worth a pound of cure. Scarguard MD® helps decrease the amount of scar tissue that forms during the healing process.

It did help with keeping my scar flat during the healing process (your wound has to be closed already), but it was kind of a hassle to brush it, wait for it to dry, and peeling it off later.. I used a full bottle and I would recommend it if you're looking for an alternative to Mederma. It is more expensive though. 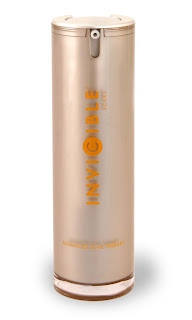 Third thing I tried was Invicible Scar Therapy. I don't think many people have heard about this product. It is on the pricier side, around $80. I have to say this is prob one of the best scar treatments I've used. I started using this and even my surgeon asked me what have I been using, because he didn't think my scar was going to improve and Invicible proved him wrong. I would definitely recommend this to anyone that is looking to diminish the look of their scar. Must buy if you're dealing with deep surgical scars!!

Many of you have asked, you can buy this here-  http://www.inviciblescars.com/ 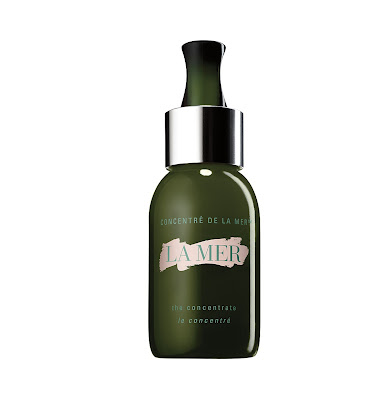 The fourth thing I tried was La Mer Concentrate and I saw a difference within 2 days. It has the highest concentrate of the Miracle Broth that was developed to treat severe burns by the developer. It worked wonders on my scar. However, it is extremely pricy $390. I was desperate for improvement and this was definitely worth the price tag for the difference I saw in my scar. If you have the money, this is the one to go with. 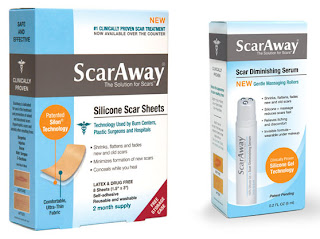 The fifth product I tried was ScarAway Serum. It's a 100% Silicone Gel. It comes in a pen form with massage balls. I liked it, but I'm not sure it made any changes.

The sixth product I tried was ScarAway Silicone Scar Sheets. I started combining the ScarAway serum with this, which they said it'll help the scar heal faster. I think I like the sheets better than the serum. I do see some redness after using it, so I have been hesitant about using this on  a daily basis. 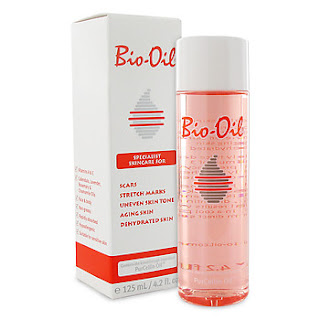 The final product I tried was Bio Oil. It is known to treat scars, discoloration, and stretch marks. I really liked this, mainly because it kept the scar hydrated. I'm not sure if it's changing anything, but at least I know my scar is absorbing this oil and staying hydrated when I apply this. I like this better than the ScarAway products.

I used Sea Buckthorn oil for a little bit, but it's not really made to treat scars, so I only use it when I have nothing else to use. It is great for acne scars, because it gets rid of bacteria. Not so much for surgical scars.

So there it is! I hope this brings some light to some of the scar treatments you have been looking at. Honestly, as time goes on, I've learned to live with the scar and accepting that it will always be part of me. So everything gets easier, but these are some of the products I've tried that I think can be beneficial to you. I think my top choice is Invicible in conjunction with La Mer Concentrate. Pass this knowledge along! I wish I had this info when I was looking!

You can get most of the products here everywhere, the only one you have to order is Invicible, and you can order it from - http://www.inviciblescars.com/ . Must try if you're dealing with a scar. I have been using it since my surgery and still using it.

Cameron
I suffered from acne when I was younger, and went on a quest to find the best products to clear my skin and now that my skin has been cleared, I've been on the quest to delay the signs of aging! I have a weakness for luxury skin care products that cost more than a mortgage payment. LA marketing specialist specialized in luxury market with an eye for finer things in life. Don't forget to "Like" me on facebook and ask me any questions there.